So we haven't been blogging much lately.  The Mom has been super busy and super stressed out and all that bizness.  She tooked a bacation day on Friday and stayed home with us.  And all we did all day was nap and watch TV and drink coffee (well, she did - it didn't have cream in it so I was out on that one.  I only like the coffee with cream in it*).  Anyway, I thought I'd be nice to her since she's been so worked up lately.  So I let her give me belleh scritches and I didn't even bunnykick her once.  That made her worry that I wasn't feeling well, so I had to give her the bitey and then she felt lots better about the whole thing. 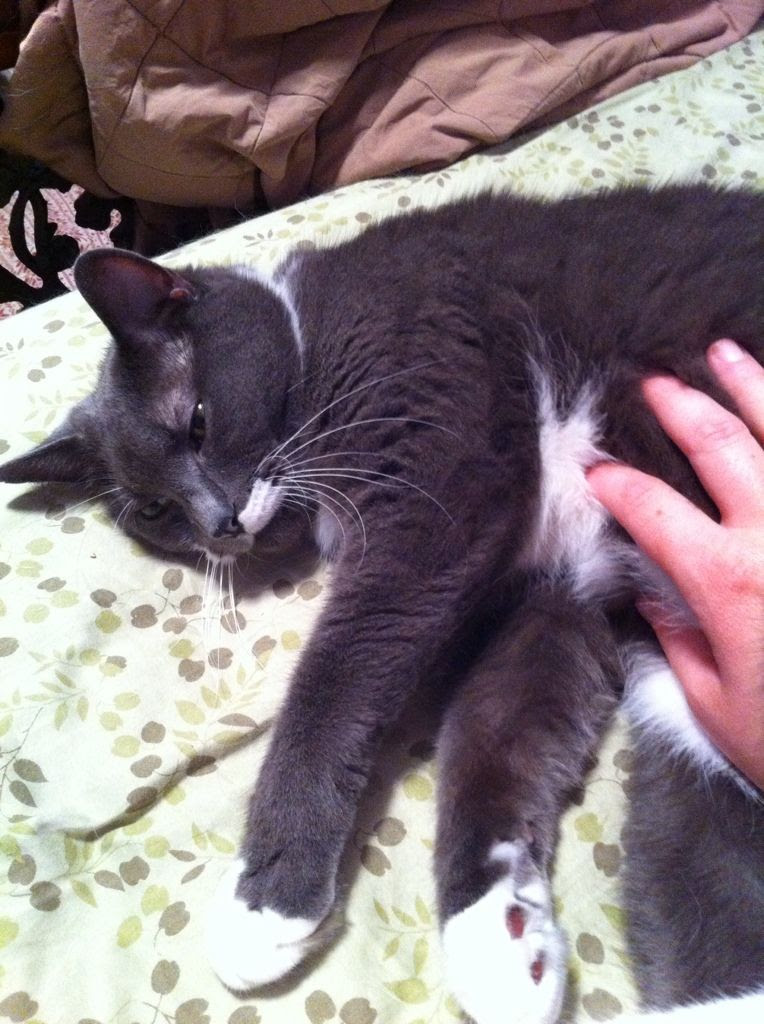 Mancat Rule of the Day:  It is very manly to let your The Mom give you belleh scritches when her cheese is just about to slip off her cracker.  Mmmmmmm cheese.  It's very soothing to them.  Oh, the sacrifices we mancats make for our The Moms.

*One time, a few months after we came to live with Dad and The Mom, The Mom had a cup of her favorite dunking doughnuts coffee WITH CREAM sitting on the counter unattended.  I was also sitting on the counter, looking out the window and watching the birdies outside.  The Mom was going on about her bizness and passed through the kitchen.  She noticed that I had something on my chin.  She thought it was peanutbutter or something, but she couldn't figure out how I would have gotten into it.  She wiped my chin and it was wet.  She smelled it and it smelled like coffee.  She seems to think that this means that I had been drinking her delicious coffee WITH CREAM, but I don't know why she thinks that's what happened.  Whatever.